These Chickpea Flour Brownies are super fudgy, super chocolatey and gluten free. They have ZERO All Purpose Flour and are a really healthy alternative for when your sweet tooth demands attention! 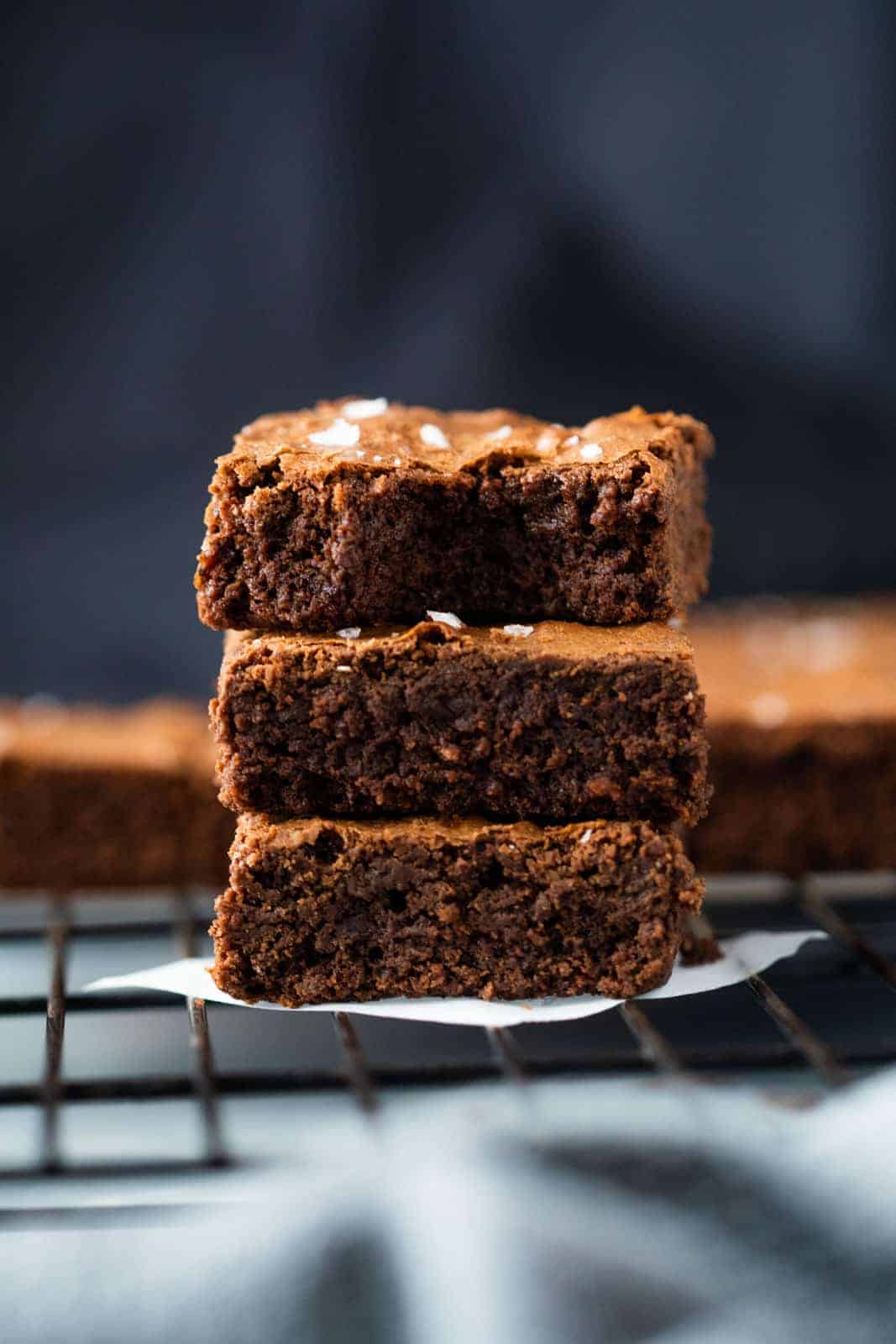 Just between you and me, baking isn’t my strong suite. I actually don’t enjoy it much because it’s too much precision and too much science and I’m more a dump-into-the-pot and let’s see what happens kind of person!

Because you know that is more fun. You get to experiment a lot more with cooking and just create. Baking is more re-invent and build on something.

When KitchenAid India asked us to create recipes with chickpeas, I was like game on. I have no idea why I said I’d do brownies and then basically hit myself on the head five times after I sent that mail. Coming from someone who only does the basic eggless brownie best and has been a brownie failure many times except with oreo stuffed chocolate brownies; chickpea brownies? Really Richa what were you thinking! But boy am I glad I took the challenge! These are fudgiest, chocolatey brownies you are ever going to bite into. And they are completely gluten free for all my friends who need to avoid gluten. The chickpea flour or besan makes them waaaay healthier than regular maida or all purpose flour would, and you can’t even tell. 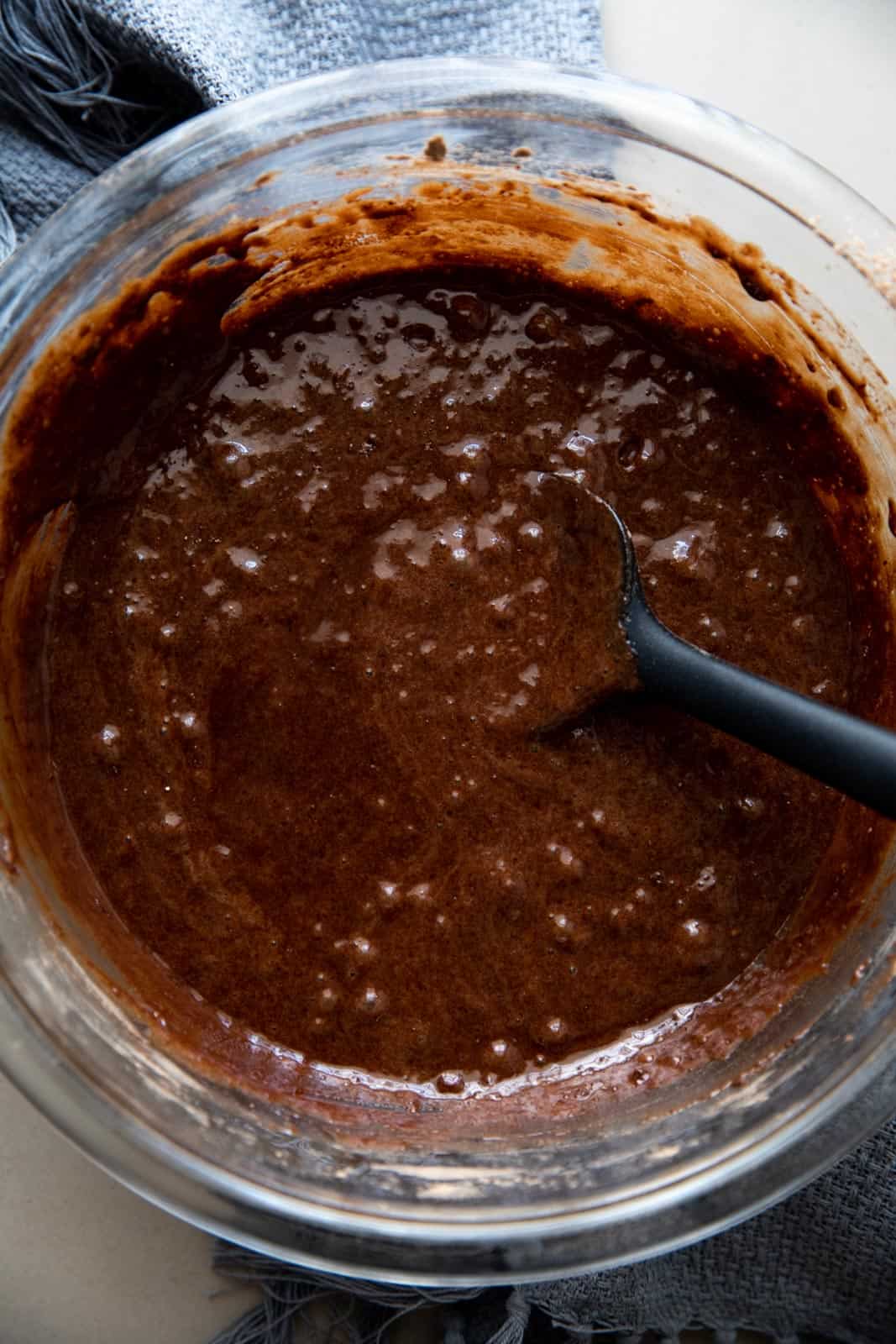 When I developed this recipe, Denver wasn’t around but I tested this on a gazillion friends and there was a thumbs up. We played the whats-in-this-brownie game over and over again. Ha. Too much fun I tell ya!

But seriously who is in for these crackly crust, fudgy inside, super chocolatey chickpea flour brownies?

Guys I really don’t think I’m ever going back to making brownies with regular APF again, because chickpea flour or besan is a heavier flour in general, which is why it works beautifully with these brownies! Brownies need to be fudgy instead of cakey and you get that so naturally here. 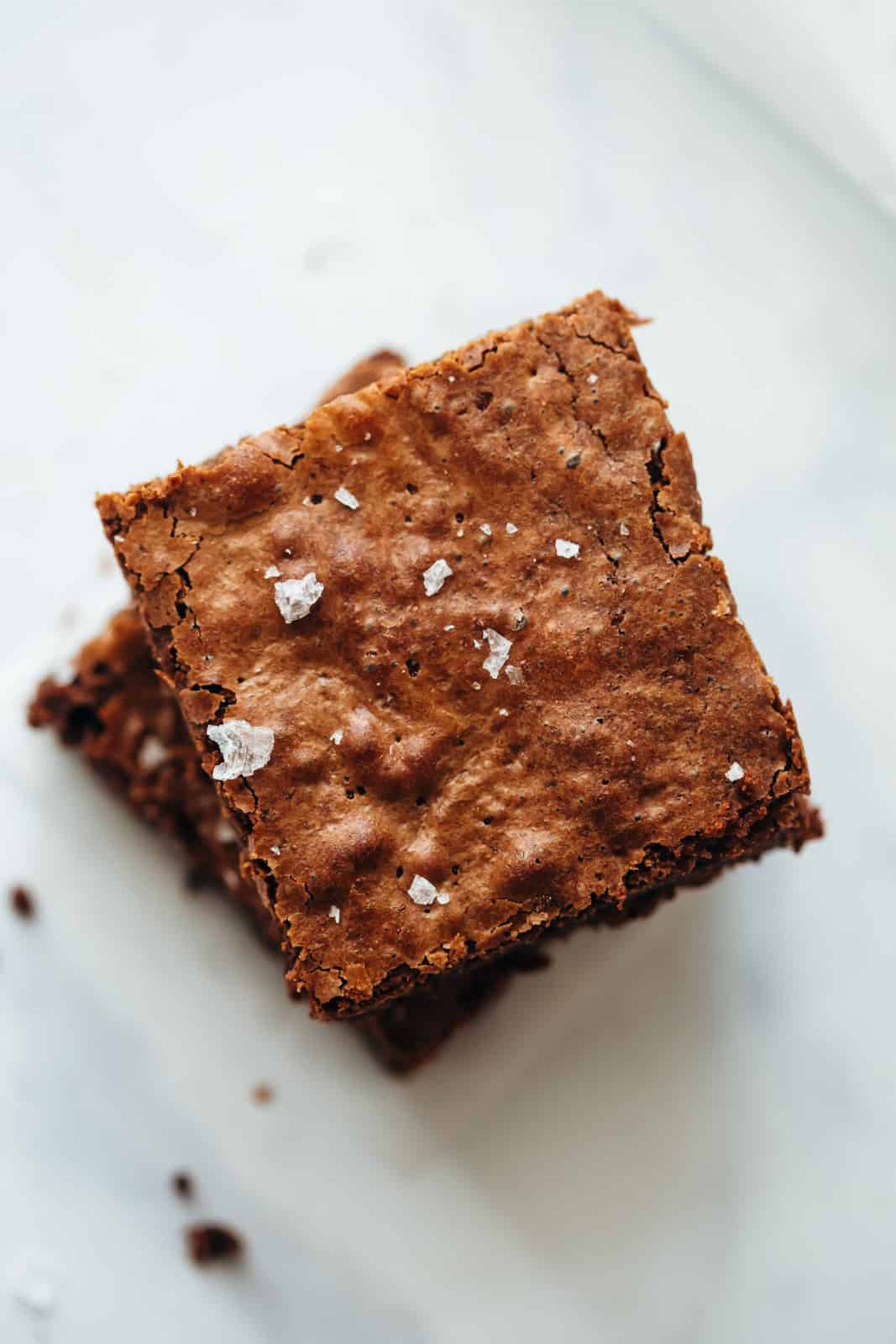 Also don’t forget to top these with some sea salt. They really take these to another level!

Now give me a high five for chickpea flour brownies and let’s get baking because we need these in our lyyyfeeeeee so bad!

Easy, Gluten Free Brownies made with Chickpea Flour (besan) are fudgy, chocolatey and irresistible! You will never guess that there is no all purpose flour in this healthy treat.

I am a part of KitchenAid India’s Culinary Council and have been compensated with products. After trying them out, I love their range, which you can check out here.

Are you a brownie lover? Check out these recipes too!

Drums of Heaven – Spicy and Saucy!

Recipe of the day

Drums of Heaven – Spicy and Saucy!